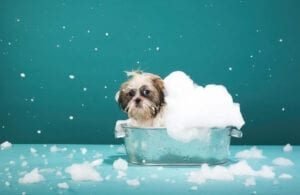 1948: The Club was renamed and incorporated as the Wilmington Kennel Club

1949: The point show was moved to spring and held on the grounds of the Hercules Power Company Farms

1953: The first Obedience Trial was offered in conjunction with the point show

1986 through 1990: The point show was held at Concord High School grounds

1991 through 1996: The point show was moved to Fair Hill Fairgrounds and then to Fort Washington, PA

1999 until today: The point show moved back to Delaware and has been held at Lum’s Pond State Park in Bear, Delaware for a decade.

1999: The club created a home base at 2035 Sunset Lake Road in Newark, Delaware for all club activities. Training classes and educational activities were now possible for activities on a year round basis. Wilmington Kennel Club became one of the few kennel clubs on the Eastern Seaboard to have full access to indoor spacing 365 days a year.

2009 and 2010: The Club had Penn Treaty KC join WKC to create three days of shows and Obedience Trials. The Club began indoor Obedience Trials. On the community partnership side WKC donated a new K-9 Officer to the New Castle County Police Department.

The Wilmington Kennel Club is an organization that advocates for the dog as a family companion. We love dogs and we want families to have fun with their dogs while practicing responsible dog ownership.